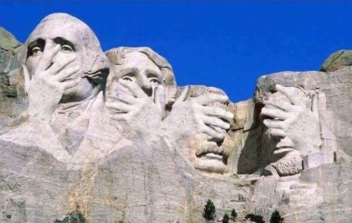 This is what I blogged eight years ago, on November 2, 2010 exactly:

What to say about all the fuss, negative political campaign, demonizing and dehumanization of political opponents through offensive political advertising on TV, and of all religious euphoria pursued by too many militant Christians who believe that the 2010 midterm elections are a God given opportunity to “reclaim America for God”? What to say as an outsider who has lived in the US long enough to see what is going on, but enjoys still a luxury of not getting passionately engaged in all the hustle?

Foremost, I want to look at those questions as a follower of Jesus who believes that Jesus of Nazareth was not joking when he called us to love our neighbors and enemies as we love ourselves; and as someone who continues to believe that “the fruit of the Spirit is love, joy, peace, long-suffering, kindness, goodness, faithfulness, gentleness, self-control” (Galatians 5:22). Most of Americans still claim that they are Christians, living in a country built upon the Judeo-Christian values, and praying that God would  at this time replace the “ungodly” leaders with the those who are pro-life, who will display Ten Commandments in the courtrooms again; and who are against the current government healthcare reform.

Sadly, some of those issues might seem godly, but I’ve seen nothing godly in the ways the current midterm campaign has been pursued across the American nation.

Let me give you an example of a Christian radio station broadcasting for the Houston area. This is a radio station that is at one moment able to deliver a wonderful sermon, church service, a feature on how to love our neighbors, or how to receive Jesus as “our personal Savior”; or talk passionately about the need to love our neighbors, the poor and needy (especially those in distant countries and missions); while at the very next moment it produces a negative and character defaming, completely disrespectful advertising against the current US President in order to advance a certain political candidate.  It also features a daily talk-show produced by a “born again” producer who brags that the purpose of his life and radio program are to “bring one soul to Jesus at the time” while, at the same time, he passionately demonizes anyone in the political arena he does not approve of – believing that by doing both he advances the Kingdom of God.

What concerns me more than the prospective outcome of the midterm elections today is the jihadist wrath of so many Christian zealots who are in their angry hearts and minds removed only one degree of separation from their religiously fanatical counterparts in some other parts of the world.  Often I feel that they would fight for the Lord with fists, clubs and worse, given a chance.

At this moment I do not know who will win the midterm elections. The next day or so will unveil the outcome. But I strongly suspect that it won’t be God. The devouring nature of the current campaign reflects more of the character of someone described in the Bible as “going around seeking who to devour”. (1. Peter 5:8.)

The van belonging to Cesar Sayoc unmistakably reveals the source of his inspiration.

Observation, Friday, October 26, 2018: What happened this week did not take place in a vacuum. It was not the work of a “loner” acting without the inspiration created by a favorable context. It was the work of a sick mind indeed, but the mind that has been nourished for the past two years with conspiracy garbage and the bullying rhetorics …… In fact the climate that is today producing fanatics such as Cesar Sayoc has been in making since 2008. It was already alive and well  in 2010 when I wrote this reflection. What is even more scary is that today there are too many Cesars roaming around, agitated enough to desire “martyrdom” for a twisted cause.

Observation, Saturday, October 27, 2018: What happened today belongs to the same narrative. They differ only slightly in the degree of madness.

Tihomir Kukolja, born in Slavonska Pozega, Croatia in 1954. Studied, lived and worked in Yugoslavia, Croatia, United Kingdom, Australia and the US. Education in theology, communications, and radio journalism. Worked as a church pastor, media professional, radio producer and presenter, journalist, religious liberty activist, and reconciliation and leadership development activist. Lives in Baytown TX, USA with professional ties with Seattle WA, USA and Fuzine, Croatia. Currently serves as the Executive Director, Forum for Leadership and Reconciliation (Forum), and Director of Renewing Our Minds (ROM) initiative. Loves photography, blogging and social media. Views, opinions and interests expressed in this blog are those of the author and contributors alone, and do not necessarily represent the views of organizations with which the author is or has been associated in the past.
View all posts by Tihomir Kukolja →
This entry was posted in Current Issues, History, Leadership and tagged Current Affairs, Faith, Midterm election, Politics, US, USA. Bookmark the permalink.