Followers of Jesus are Not Tribal Christians 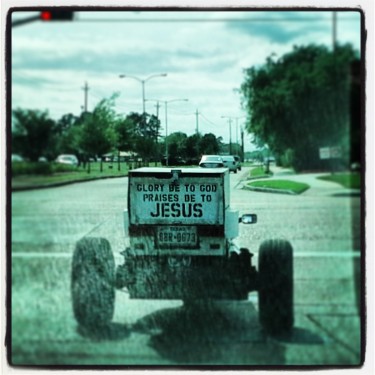 Being a follower of Jesus is not like being a fan of Jesus who likes to pick and choose those parts of Jesus’ identity that appeal to him/her the most. Following Jesus means much more than liking Him, or being impressed with Him the way we are impressed with the celebrities of the world.

Following Jesus takes place when we allow our religious, political, racial, ethnic, and national and other identities that matter to us the most to be consumed by and integrated within the identity of Jesus. For a follower of Jesus, Jesus becomes his religion, his race, his tribe, his flag, his pride, and his all-embracing identity. Likewise, Jesus’ followers become his nation, his family, his primary community, his brothers and sisters.

Jesus once asked: “Who is my mother, and who are my brothers?” Then He pointed towards his followers and stated: “Here are my mother and my brothers! For whoever does the will of my Father in heaven is my brother and sister and mother.” Matthew 12:48-50. NIV

If being a Tutsi or a Hutu; or a Croat or a Serb; or an American or a Russian; or white or black; or a Republican or a Democrat; or a Southern Baptist, a Catholic, an Orthodox, or a Seventh-day Adventist, or a Pentecostal, or whatever else matters to me more than being a follower of Jesus, I dare say I am not His follower at all. I am only pretending and abusing His name for an unworthy tribal or ideological cause.

We cannot push our national, ethnic, racial, religious and other tribal flags threateningly into the faces of each other, and at the same time claim that we love and follow Jesus. If this what we are doing we are not more that tribal, fake Christians who are using Jesus only as our tribal mascot.

The true followers of Jesus, people who know His heart, could never stand against each other in the name of some petty and narrow national, ethnic, political, racial, tribal or political agenda.

Imagine if all those billions of people who declare themselves as Christians of one or another kind would truly care to follow Jesus? What a world that would be? But looking into the state of affairs in the world today we might begin to understand the concern of Jesus: “When the Son of Man comes will he find faith on the earth?” Luke 18:8. NIV

So many of us who claim that Jesus is our Lord are readily turning Him into our own national, denominational, segregational, promotional, branding and other ideological mascots. Thus He becomes our idol and the flag bearer of our own tribal and misconstrued ideas. I find it hard to believe that at any time it was in the plan of our Lord that we should enjoy today “a blessing” of being confused by hundreds, alas thousands of Christian (and non-Christian) denominations. Even less likely He ever had in mind the creation of nationally branded churches. It breaks the heart of Jesus, I believe, when He sees his followers holding reverently The Bible in the one hand, while with the other they keep on wrapping themselves proudly in the flag of nationalism or racism of various kinds.

Like many today there was a time when I too believed that one and the other go together provided the cause was a good one. But the older I am getting, and as I am seeking to understand the mind of Christ more honestly, I see more clearly that in Christ there exist only one nation and one citizenship that really matter: the “nation” of His Church not defined by denominational boundaries or their historical or other pedigrees, but by the loyalty of his followers to Jesus, crucified and risen; and the citizenship of His Kingdom that stands high above and separate from any kingdom of this world. And His Kingdom will never be divided against itself.

Tihomir Kukolja, born in Slavonska Pozega, Croatia in 1954. Studied, lived and worked in Yugoslavia, Croatia, United Kingdom, Australia and the US. Education in theology, communications, and radio journalism. Worked as a church pastor, media professional, radio producer and presenter, journalist, religious liberty activist, and reconciliation and leadership development activist. Lives in Baytown TX, USA with professional ties with Seattle WA, USA and Fuzine, Croatia. Currently serves as the Executive Director, Forum for Leadership and Reconciliation (Forum), and Director of Renewing Our Minds (ROM) initiative. Loves photography, blogging and social media. Views, opinions and interests expressed in this blog are those of the author and contributors alone, and do not necessarily represent the views of organizations with which the author is or has been associated in the past.
View all posts by Tihomir Kukolja →
This entry was posted in Faith and tagged Adventist, Baptist, Catholic, Christian denominations, Christians, Croat, Divisions, Followers of Jesus, Hutu, Jesus Christ, Kingdom of God, National churches, Nationalism, Orthodox, Pentecostal, Racism, Religion, Serb, Tribalism, Tutsi. Bookmark the permalink.